March 240
The Scalextric model has 4 wheels at the rear and two at the front. Not to be misaken with the Tyrrell with the opposite configuration which was not made by Scalextric UK.
The two modesl were produced with blue or green liveries is varying shades. The initial models of the blue C129 were decorated with Rothmans logos which were soon to be replaced with March logos. C131 only has ‘march’ logos. Both cars have distinctive mid and dark shades. Only one axles is powered at the rear. 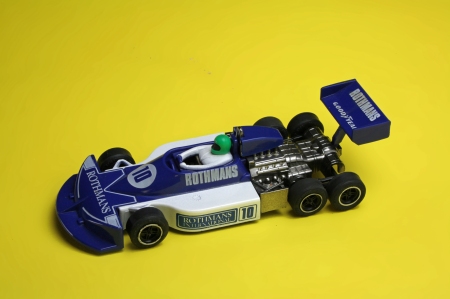 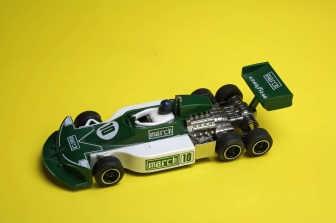 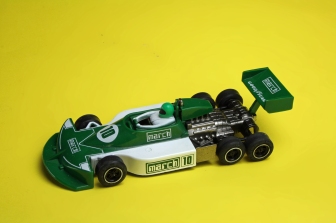 Several pre-production examples exist: Most desired are the red, orange and very light bue versions. The yellow body, an engineering sample, is also very interesting though not fully decorated. 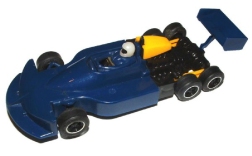 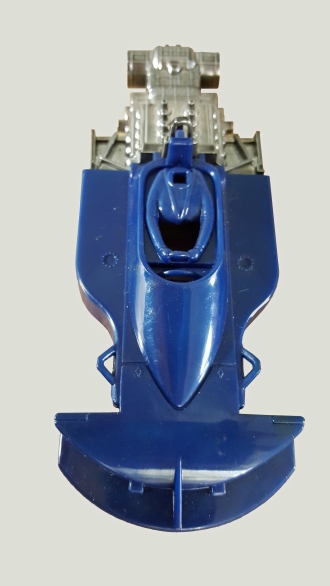 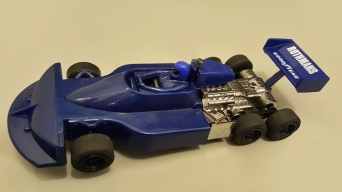 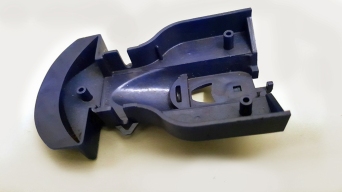 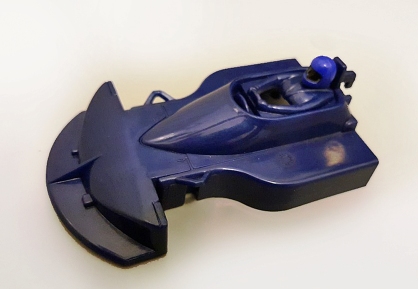 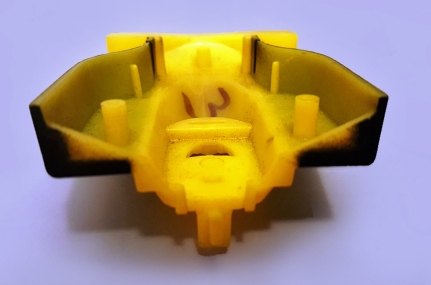 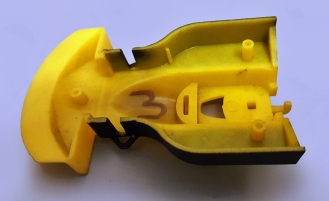 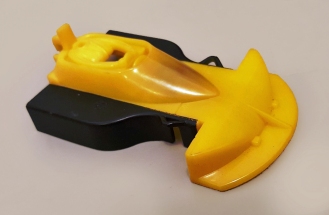 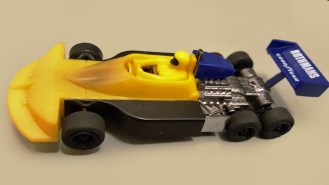 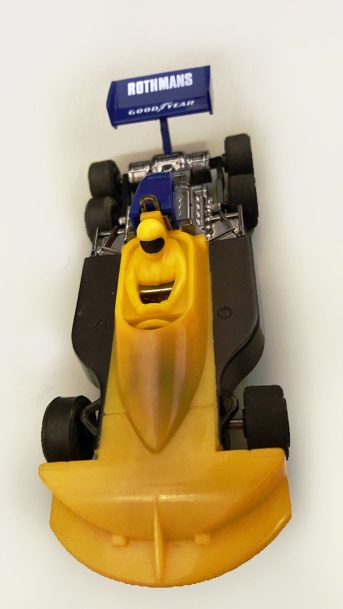 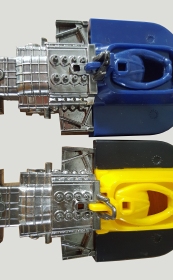 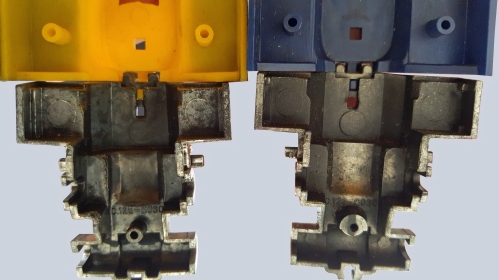 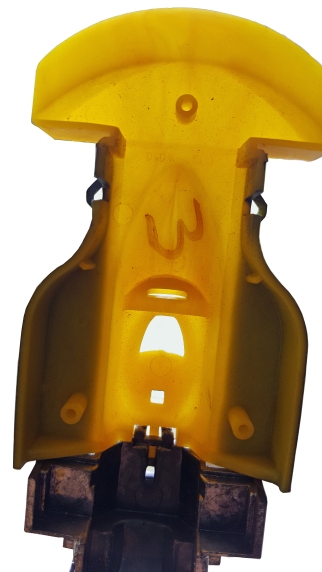 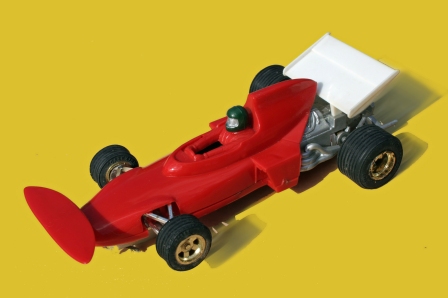 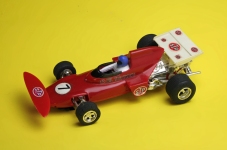 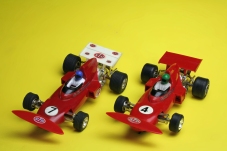 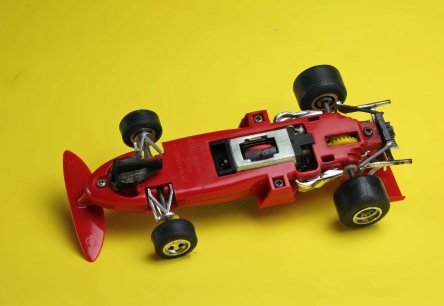 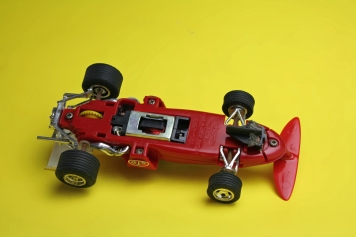 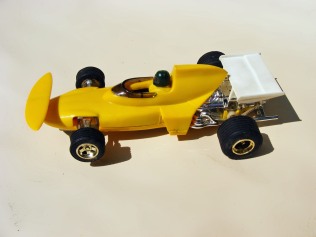 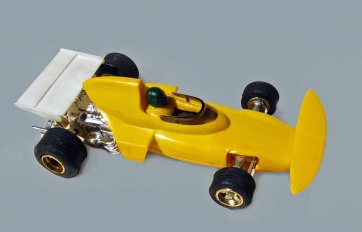 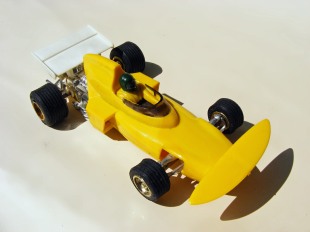 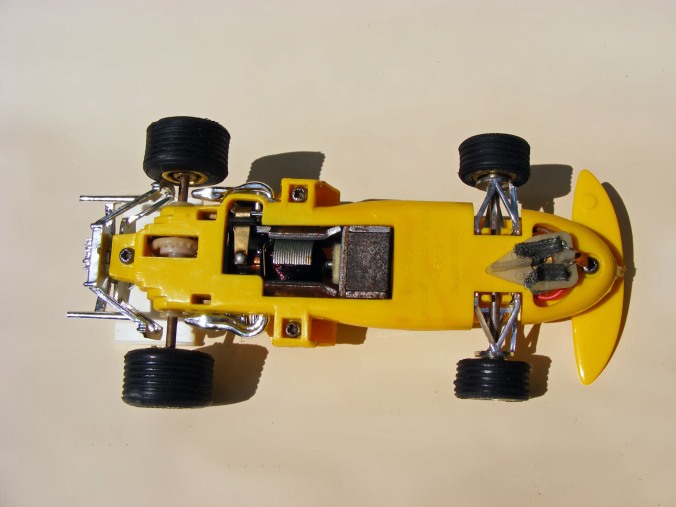