The Horse models were released just as awareness of using a whip in horse racing was becoming to be regarded as cruel. As a precaution to any public back-lash, after the first production runs the process was amended so that the rider’s left arm was assembled in the forward position to hold the reins, giving a second version. A third versions appeared later with no reins provided although a harness was still fitted.
Type 1 = whip, Tye 2 = no whip, Type 3 = no reins. 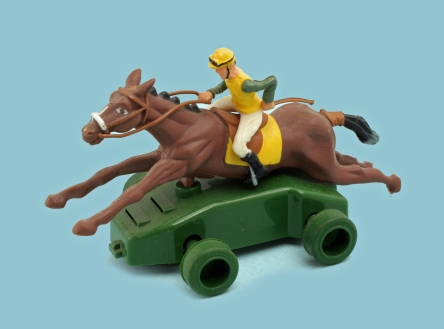 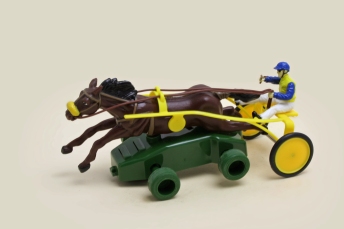 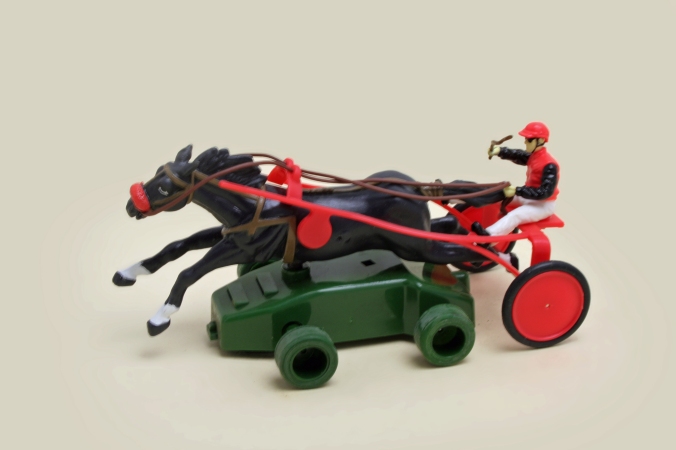