The Bentley Blower hasn’t had any production changes other than changing from the round pin guide to a guide blade assembly. This went hand-in-hand witth the change from RX motor to a Mabuchi-S Can motor for the Power & Glory re-release of 1983.
The only slight mystery is that the 160’s cars have a handle on the radiator filler cap. This seems to have been removed from the 1983 model though appears on the spare parts sheet. In the 1993 Collector’s Series the radiator cap handle had been totally eradicated. 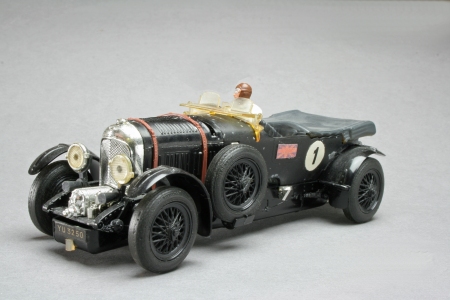 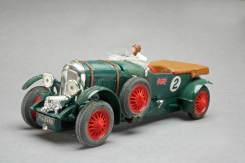