The Scalextric version was made in the French factory at Calais. The model is available in blue or red.

Later, a yellow rally version with spotlights and rear wing was released.

Meccano Scalextric also continued use of the Scalextric tooling after production rights were transferred to Meccano. Scalextric morphed in to Circuit S in France. Further amndments were made to the tooling to accommodate the motors and underpan components supplied for Meccano.
It is possible that a completely new body was tooled because there are major differences when examined closely. The C28 Scalextric models have an air-intake under the windscreen on either side. These don’t appear on Mecanno-Scalextric-Circuit S models.
Furthermore, the later models have a prominent lateral line around the entire car, a ‘chin’ spoiler under the front lights and a wider ‘air intake’ bulge behind the rear quarter-light windows. There is also a large square recess in the centre of the bonnet on some models.
Note: The blue variants are unconfirmed. They may be sprayed! 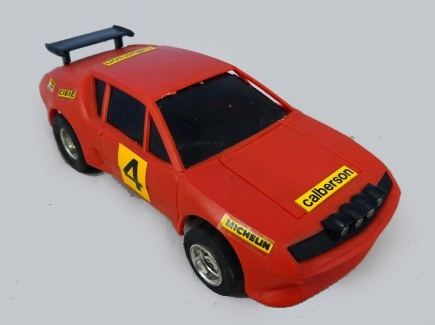 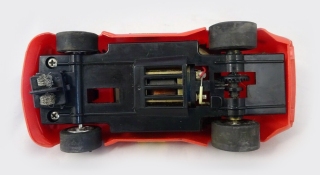 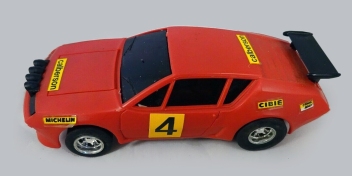 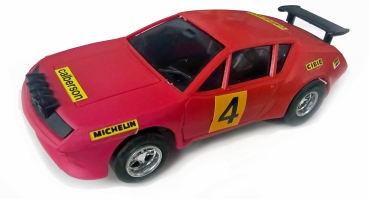 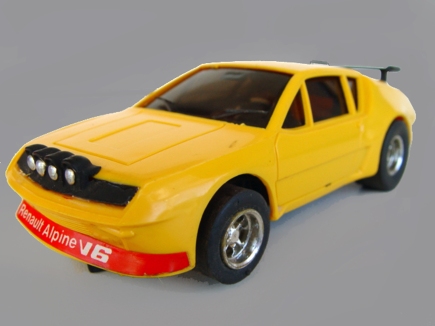 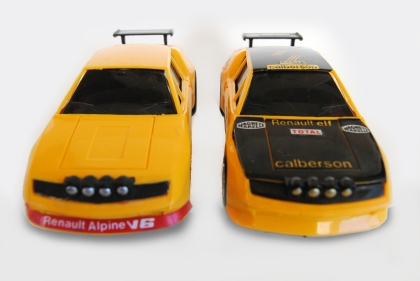