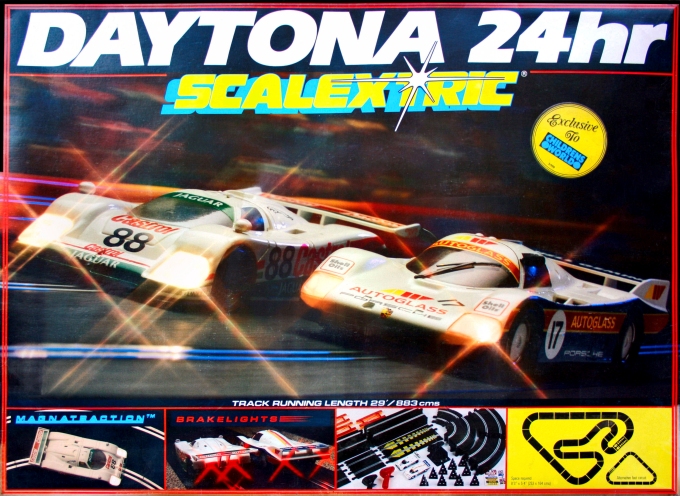 Throughout the history of Scalextric, occassionally, a ready-to-race (RTR) Set is released exclusively to a targeted market. This Daytona rtr set was released in the USA in 1988 and exclusively sold through the ‘Children’s World’ toy chain. The basic track shape is of the Daytona tri-oval race circuit’s in-field road course and itself is unique to this Set. It is unclear how the Set format was decided upon, or who decided upon it. It is possible that this was a specifically commissioned Set from a US source and sold through ‘Children’s World’ in the USA.

Collecting cars from rtr Sets is a common theme since quite often the cars in Sets are unique to the Set and not released as solo cars. Sometimes, solo versions of Set cars only differ with some extra decoration but every now and then a Set may have completely unique livery. Alas the artwork on some rtr Sets can be deceiving. Usually, the car liveries on the Set box lid will be replicated on the models within – not so with Set! 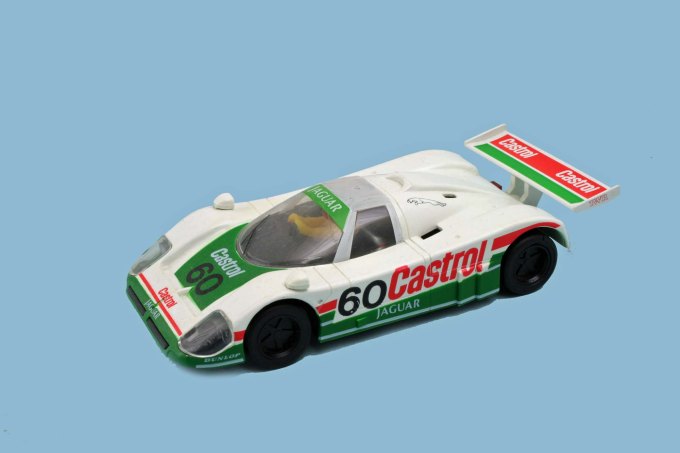 The box lid artwork shows the Jaguar XJ8 bearing race number “88” on the car but the car within the Set bears the regular number “60” as issued on regular release solo cars.
In the 1988 Daytona 24hr, Jaguar ran race numbers 66 and 67 (and generally in the US always 60,61,66,67). The No. 88 livery was the Jaguar Castrol presentation car shown in advance of the 1988 IMSA season. It is likely that the Scalextric art department only had images supplied to them by the sponsors Castrol and Jaguar or that they sourced imagery from the media and press not realising that the eventual racing livery would bear a different race entry number.
The model cars photographed on the Set lid are not production Scalextric models.Bth the jaguar and the Porsche are either ‘borrowed’ from another manufacturer or are early plasticard models from the Scalextric engineering department. 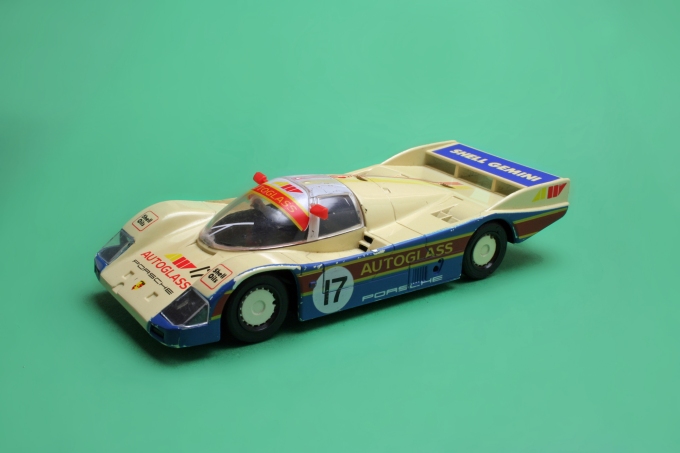 An interesting rtr Set only sold in the USA.