Catalogue 25 showed C333 and C334 as new releases for 1984, but these two cars in blue and yellow liveries were never released. The 2-door Sierra had the early separating pillar on the rear side-windows of the full-size car but, in the real world, the all-conquering Ford XR4i used in Touring car races around the world had the later full length rear side wondow. Perhaps this is the reason Ford didn’t give permission for this model to be launched in favour of the alternative SCALEXTRIC Ford Sierra we are now familiar with.

Below: A factory hand-made early Ford Sierra XR4i with the extra side-window pillar. 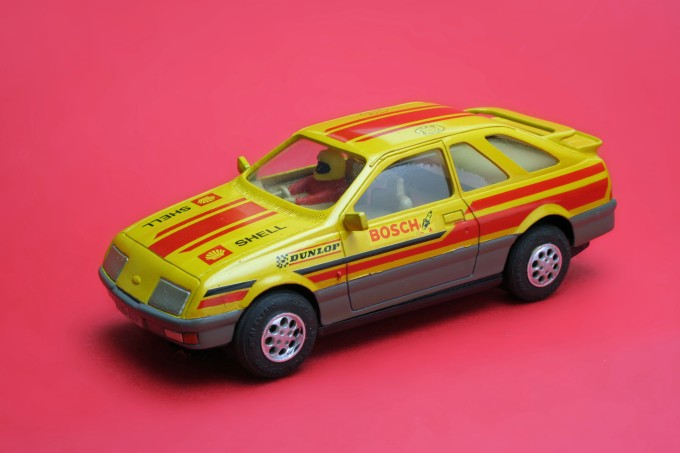